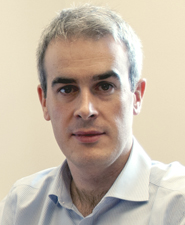 Thomas N. Snaddon received B.Sc. (Hons.) (2003) and M.Phil. (2004) degrees from the University of Strathclyde, Glasgow, Scotland. In early 2008 he was awarded a Ph.D. from the University of Leeds, England, for research in the arena of natural product synthesis conducted under the mentorship of Professor Philip J. Kocienski, FRS. Postdoctoral appointments with Professor Alois Fürstner at the Max-Planck-Institut für Kohlenforschung in Germany (2008-2010) and Professor Steven V. Ley, FRS, at the University of Cambridge, England (2010-2013) further confirmed his broad interests in synthetic chemistry. He joined the Department of Chemistry at Indiana University in August 2013.

Research in the Snaddon laboratory is concerned with the design and development of new concepts in organic synthesis and catalysis.