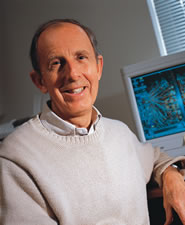 Professor Viola joined the faculty at Indiana University in 1980 and was named Distinguished Professor in 1990. His research has been recognized by a Guggenheim Fellowship in 1980 and the American Chemical Society Award for Research in Nuclear Chemistry in 1986. He is also a Fellow of the American Physical Society and the American Association for the Advancement of Science. His national service has included Chair (1980) and Secretary (1972-74) of the ACS Division of Nuclear Chemistry and Technology, the Executive Committee of the APS Division of Nuclear Physics (1988-89), and Chair and member of numerous program and review committees of the Department of Energy National Laboratories and the National Science Foundation nuclear physics program.

Professor Viola's research interests include studies of the formation and decay of hot nuclear matter, the dynamics of nuclear fission and nuclear astrophysics. He has maintained a longstanding interest in the teaching of nuclear phenomena at the high school and undergraduate levels.